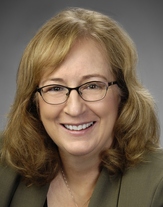 Other Offices: Former at-large council representative for Grove City, former attorney for the U.S. Department of Justice and United States District Court in the Southern District of Ohio. Military Service: veteran of both the Ohio Air National Guard and the US Army Reserve
Community Activities: Served on the Park Board, MORPC, Rotary and as the council liaison to the Grove City Chamber of Commerce.